It probably seems like forever since you’ve been self-isolating, huh? So here’s a guy who’s been living out in the woods for 40 years. He doesn’t seem too keen on getting back to the “civilized” world either. Your freedom will come again soon but meanwhile, here’s something to bolster your resolve so you can find your own unique way to cope – as he has done…

He Spent 40 Years Alone in the Woods, and Now Scientists Love Him

Welcome to Gothic, Colorado—one of the coldest places in the United States. This ghost town has been abandoned since the 1920s, but there is at least one person who still calls it home. For more than 40 years, current resident billy barr has lived in a small cabin, recording data about the snowpack to pass the time. In this short film, Morgan Heim of Day’s Edge Productions profiles the legendary local who inadvertently provided scientists with a treasure trove of climate change data. Winner of the Film4Climate competition organized by the Connect4Climate Program of the World Bank.

Bits and bites for a better life... to cope, evolve, bloom!

Adventure Gents' Clubhouse The Fish Guys Time for a Break ;-) Videos Wish You Were Here

Union Glacier Camp is the Antarctic Adventure to Reset Your Compass

Simple Off Grid Cabin That Anyone Can Build & Afford

How Do You Spell Freedom? Alaskan Overland Truck Cabin! 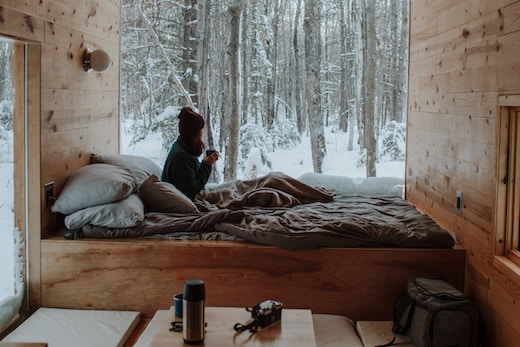